A recent story in Bristol has caught the attention of alien hunters all around the Web. Two separate UFO sightings were captured by Bristol locals. What’s interesting is that in both video clips, the footage appears to show the same light source. While some believe the UFOs are evidence that an alien invasion is about to occur, experts at the Bristol Society for Paranormal Research Investigation (BSPRI) believe it has nothing to do with extraterrestrial beings.

The Footage Of Both UFO Sightings

The first unidentified flying object sighting occurred in Fishponds, and was filmed by resident Dean Williams. The footage appears to show a small, white light, located in the night sky.

A few days after the first sighting occurred, a second video was captured by 18-year-old Kieran Welford from Kingswood. The footage appears to show three small, circular lights that are moving slowly and horizontally. According to the young man, the UFOs were extraterrestrials.

What The Paranormal Experts Think

Despite the claim that the UFOs were aliens from another planet, researchers at the Bristol Society for Paranormal Research Investigation are not convinced. Researcher Mark Davey analysed the video clips and agrees that they are certainly unidentified flying objects. However, due to the poor quality of the footage, he could not say for sure what the UFOs were. While viewing the footage, enlarging the object did nothing besides make it become a ball of light. Davey believes that the objects have a simple explanation, and are probably nothing other than a Chinese lantern or a satellite.

The Common Causes For UFO Sightings

On June 24, 1947, the first well-known UFO sighting was spotted by Kenneth Arnold in Rainier, Washington. While he was flying his small plane, the businessman claimed to have seen a group of nine high-speed objects traveling at speeds of several thousand miles per hour. He described the shape of the objects as a “saucer”, “disc”, or “pie-plate.” Thanks to U.S. newspapers, the famous sighting resulted in the popularity of the term “flying saucer.”

Not long after Kenneth Arnold’s claim back in 1947, reports of UFO sightings around the world had increased by the thousands. Despite so many UFO claims over the years, there are many simple explanations. Below is a list of the common causes for unidentified flying objects.

In addition to the two recent UFO sightings in Fishponds and Kingswood, there were also other sightings reported in Bristol just a couple of months earlier. According to the Bristol Post newspaper, in May, there was video footage of UFOs flying over Hanham, Bristol. In June, there was another film that showed an unusual light pattern in Shortwood, Bristol.

With so many recent UFO sightings in Bristol, some conspiracy theorists believe that an extraterrestrial invasion is imminent. Whether their assumption is true or not, it is certainly interesting that several recent sightings have occurred within the same city. 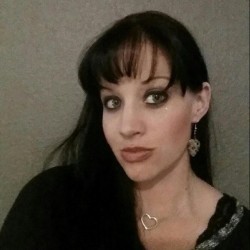 Unidentified Reptile-Rodent Hybrid Shows up in the Netherlands

A Milwaukee student says he saw a creature he believes to be a Bigfoot. The 17-year-old, who provided a full...